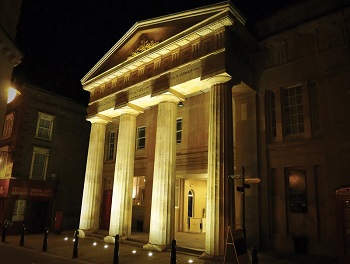 The telephone box outside the Old Town Hall is one of our most famous local landmarks having featured on The Jam’s Sound Affects album cover in 1980.

Artist, Duncan Grant has used that album as the source for his installation which includes his own images based on the original cover.

Also referenced is the designer Giles Gilbert Scott, who designed not only the original phone boxes, but also several churches including Liverpool’s Anglican Cathedral and our own Lady of the Assumption in Northfleet.

The whole piece is finished off with images of a Mod couple featuring lyrics from Start by the Jam.

The phone box will also have the original album playing throughout the festival.

Please note that this event will also run on Sunday 30 January from 5 to 8pm.

The Essence of Life Itself – by 8Point3LED Ltd
Scroll to top