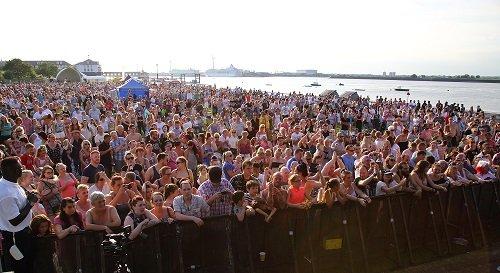 Gravesham Riverside Festival will be held on Saturday 30 July 2022, with 90’s number one hit singer Peter Andre as the headline act.

Best known for his hit singles “Mysterious Girl and “Flava” he rose to fame in the early 1990s as a pop star, pin up, and more recently for his work in television and of course his time in the Jungle with Katie Price.

All welcome for an amazing summer’s day of music, entertainment, games, sporting challenges, great food, and much more.

Gravesend‘s Victorian Dream – and how it ended