Cobham is extraordinarily attractive, with an old picturesque village street.

Surrounded by open fields, woodland and orchards, the village is also convenient for combining a visit with Jeskyns’ Community Woodland and Greenspace, Shorne Woods Country Park, Cobham Park or Cobham Hall, nearby.

Charles Dickens, England’s renowned novelist, delighted himself in Cobham and its environs as he loved to walk from his home at Gad’s Hill, Higham through Cobham Park to work through the story lines of his novels. The Leather Bottle Inn was immortalised in The Pickwick Papers and was much frequented by the great author himself. Today the pub retains the charm that no doubt attracted Dickens and houses a fine collection of Dickensian memorabilia.

The village stands at the end of the Lime Avenue that leads to the great Cobham Hall, one of the finest houses in Kent, set within the 50 acres of grounds of Cobham Park, laid out by the famous landscape architect Sir Humphry Repton, with harmonizing buildings within the landscape, including the internationally important Darnley Mausoleum. The Hall, featuring interior workmanship by James Wyatt, Inigo Jones and the Adams brothers, is a public school and open to the public during Easter and Summer holidays.

St Mary Magdalene’s Church, of early English construction, contains one of the finest collections of monumental brasses in the world dating from the 1300 to 1529 and behind the church lies the 16th century Cobham College and picturesque almshouses retaining the remains of the original foundations of the college for priests founded by Sir John de Cobham in 1362 and subsequently dissolved by King Henry VIII. 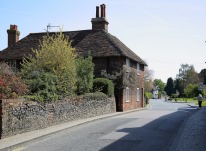 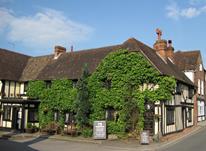 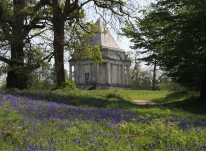 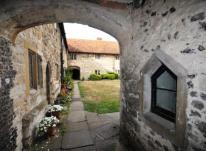 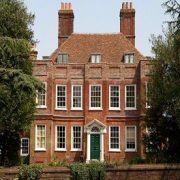 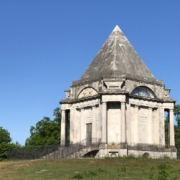 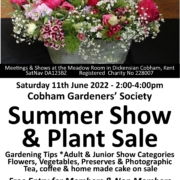